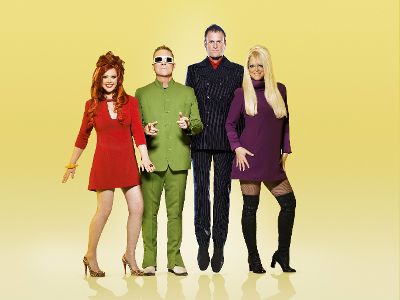 “The B-52’s with full orchestra. All arrangements by David Campbell.”

“Roger Waters played an orchestral, folk-rock version of “Deja Vu” on The Late Show. The song is slated to appear in June on Is This the Life We Really Want?, Waters’ first new album since 1992’s Amused to Death.”

“The Pink Floyd co-founder took the stage with support from a large string section, which brought drama to the track. Waters began singing over a placid strum, but by the end of the first verse, violins and cellos piled into the arrangement. The strings buttressed Waters’ vocals, adding gravity to the low end and tension during the second verse.”  -Rolling Stone

“Brazilian troubadour Seu Jorge celebrates Bowie’s catalog (with the Hollywood Bowl Orchestra arranged by David Campbell) through the lens of his role and score in Wes Anderson’s classic film The Life Aquatic; his Brazilian samba sets the stage.” -Hollywood Bowl

Rules Of The Game at Royce Hall

On February 10th 2017 8pm Rules Of The Game will be coming to Royce Hall UCLA.

“This is a brand-new medium where movement is not only an addition, it’s essential to communicating the point… [It’s] like a whole entire medium moves — the sound moves; the body moves,” Williams told Rolling Stone. “I feel lucky to be working with such explosive, combustible ideas.”

“This week Rules Of The Game primers at the Brooklyn Academy of Music’s (aka, “BAM’s”) Howard Gilman Opera House in NYC. The piece takes its title from a work by the great Italian dramatist, ‘Luigi Pirandello’.”

“From Dallas to the big city – this brilliant dance production by: Jonah Bokaer x Daniel Arsham with an original score by Pharrell Williams arranged and co-composed by David Campbell, comes out as an – OUT OF THIS WORLD – visual and sonic highlight of the week. The stage is set by artistic colors and movements that ebb and flow one through the evening, complete with the pulsing sonic visions of exalted masterminds of sound (Pharrell & Campbell), we take a dive into master choreography accompanied by soaring overtones at their finest.”

“Campbell, whose resume includes collaborations with everyone from Adele and Miley Cyrus to Michael Jackson and Beyonce, is embarking upon another fascinating — and far from predictable — fusion Tuesday in Dallas, when Rules of the Game will make its world premiere as part of the second annual Soluna International Music and Arts Festival.

Jason Gay talks with Pharrell Williams, Daniel Arsham and Jonah Bokaer as they listen to David’s arrangements for the upcoming Soluna Festival. To find out more about the festival and the artists involved, click here. 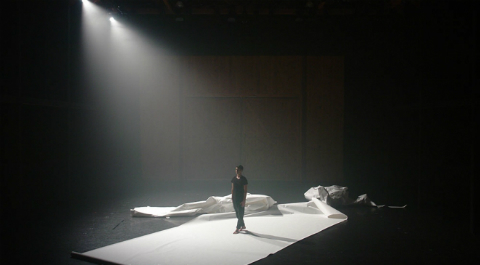 David is currently working on a collaboration with Pharrell Williams, Daniel Arsham and Jonah Bokaer. The production, titled “Rules Of The Game” will incorporate dance, art and music, and will be performed live with the Dallas Symphony Orchestra.